Core Tip: On April 1st, the â€œdouble-integrationâ€ policy has been officially implemented. Undoubtedly, car companies represented by BYD, BAIC, etc. will become big sellers in the points market, and fuel consumption represented by Ford and Volkswagen will be negative. Loyalty points and new energy negative points will solve problems through cooperation or purchase of points. 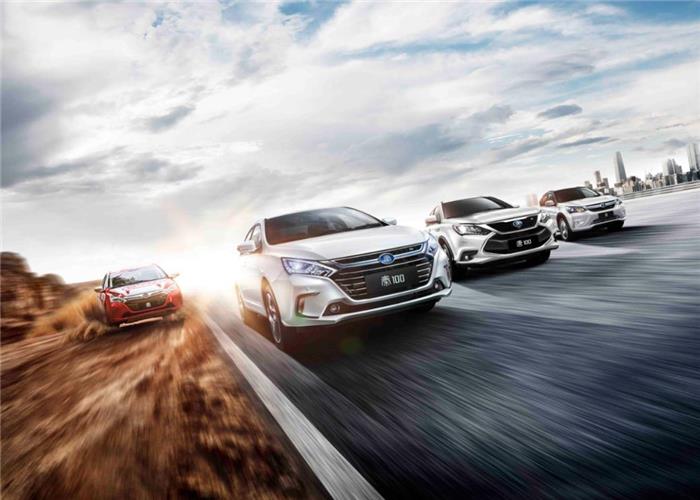 â€œAn investor must have good corporate judgment and must isolate the thoughts and actions based on this judgment from the highly contagious sentiments in the market so that it can be successful.â€ This experience of the phrase, 88-year-old Warren Buffett is still fixed.

On March 28, BYD released its 2017 annual performance report. The report shows that in 2017, BYD achieved operating revenue of 105.9 billion yuan, an increase of 2.36% over the previous year, and net profit attributable to shareholders of listed companies reached 4.066 billion yuan, a year-on-year decrease of 19.51%. This kind of performance does not seem to match BYD's leading position in domestic and global new energy vehicle markets. However, Buffett at this time made it clear that he would not take BYD's stock and continue to look forward to it. "At present, BYD is still the only A-share listed company with a large stock of Buffett, and has entered the top 15 list of stocks of God.

"No trees grow in the greenhouse"

One and a half months ago, Warren Buffett issued his 53rd Letter to Shareholders in his lifetime. This practice has been considered by Wall Street and even the entire investment world as an important indicator of the investment market. From this letter, it can be seen that subtle changes have taken place in the positions of the top 15 companies. IBM was sold off the list and replaced by BYD, which had a market value of 1.961 billion U.S. dollars at the end of 2017. Out of the 15 companies, the biggest returns to Buffett were Moody's and Coca-Cola, both of which had over 13 times the return, and the 14th-ranked BYD's return to the gods was more than 7 times.

However, it has to be admitted that the impact of the new energy subsidy policies in China on BYD's annual performance and short-term stock prices will inevitably cause many investors to panic. According to the data, BYD's new energy vehicle sales in 2017 exceeded 110,000 units, which represented a year-on-year increase of more than 15%. The passenger car market share increased by 3.16% year-on-year to 14.73%, ranking first in sales of new energy buses throughout the country. Some agencies have calculated the sales of BYD new energy vehicles in the past. New energy vehicles have subsidized or reduced BYD's subsidies in 2017 by at least 894 million yuan. â€œThe subsidy for new energy vehicles will have the greatest impact on the profitability of electric buses. Each subsidy for pure electric buses will fall by 135,000 yuan, which will have a relatively large impact on the profitability of BYD's new energy auto business,â€ said BYD.

"The performance of BYD is not as good as it may have been, and it has a certain relationship with policy adjustments. It is not only BYD's family that has been affected by this kind of impact. However, this effect is phased and does not affect the future growth of BYD, including new energy sources, batteries, and clouds. The three rail businesses are expected to open up new growth opportunities for the company," said famous skinny financial commentator and editor of China Times. The same viewpoint as Shuipi also includes many domestic institutions, among which, CITIC Securities stated that BYD is currently making strategic adjustments from a highly vertically integrated, closed-end business model and is accelerating its pace toward opening up and marketization.

On April 1st, the â€œdouble-integrationâ€ policy has been formally implemented. Undoubtedly, auto companies represented by BYD, BAIC, etc. will become big sellers in the points market, and fuel consumption represented by Ford, Volkswagen and other car companies will be negatively charged and new. Large energy negative points will solve problems through cooperation or purchase of points. It can be foreseen that new energy automakers will benefit from the bonus trades to obtain additional income, and the â€œdual-integrationâ€ policy will partially hedging the impact of subsidy withdrawal and providing a more sustainable and stable source of profits for leading new energy automakers. At the same time, it is worth noting that with the implementation of the new high-subsidy policy in February of this year, BYDâ€™s advantages in terms of power battery technology, cost, production capacity, and high-endurance models will appear, as the companyâ€™s models have a cruising range of 350km or more. After the period, the rate of subsidy does not fall, which is a big positive for BYD.

â€œIn the greenhouse, there are no towering trees. The current retreat of the subsidy policy is a good thing for the dominant companies in the long term. The policy retreat indicates that the new energy vehicles have passed the period of market cultivation and they have begun to enter the stage of market competition, leading technology vehicles. The enterprise will become the mainstream of the market."

As the leader of BYD's strategic adjustment, Wang Chuanfu believes that 2018 will be the year when BYD returns to high-speed growth. â€œWe will actively change our business strategy, open up the supply and marketing system, increase the marketization of each product line, and create more efficient competition. Culture, improve operating efficiency and the overall competitiveness of all businesses."

The industry generally believes that the power battery will soon become the most important part of supporting BYD's performance. Shen Di, the deputy general manager of BYD's Lithium Battery Business Group, revealed to the media a few days ago that BYD is doing a spin-off of its power battery business. It is expected that it will be split by the end of 2018 or early 2019. From 2022 to 2023, BYD's power battery company will be listed independently, adjust its attitude and provide better external services. At present, BYD has conducted business docking with the automotive OEMs such as Great Wall, Beijing Automotive and Guangzhou Automobile in the field of power batteries. Wang Chuanfu announced that it will â€œrebuild the second BYDâ€ cloud track business, and it has received orders from multiple cities at home and abroad. Industry insiders expect that once BYD successfully implements the business deployment of power batteries and the cloud, BYD will open a new one hundred billion yuan market business, and the resulting valuation will be unlimited.

At the same time, in the traditional automotive business segment, with the joining of former Audi Design Director Iger, its new design has brought new breakthroughs and changes to BYD's passenger vehicle products. Since the "Dragon Face" front face model was first applied in the Song MAX and the Tang Dynasty, the brand recognition has greatly improved after appearance changes. According to statistics, Song MAX sold 15,000 units in 1 month and orders exceeded 75,000 units, which is expected to become the first new energy explosion model in 2018. Not only that, BYD will launch several new energy models in succession this year. The new e5 450, Qin EV 450 and Song EV 400 have already started pre-sales in Beijing, and the mileage of new models has increased significantly. In addition, a new generation of Tang Heyuan is expected to be listed in the second half of the year. Wang Chuanfu said that in the next three years, BYD passenger cars are expected to maintain annual growth of more than 30%.

For the two most popular domestic and international new energy automobile companies, BYD and Tesla have also received attention in the capital market. â€œTesla is actually an experimental product, and the quantification of later-generation industries will also require companies like BYD to do solid work. Musk is an inventor entrepreneur and Wang Chuanfu is a scientist-spirited entrepreneur.â€ "Investors should clearly understand the difference between the nature of Tesla's and BYD's companies and their appeal."

â€œMy favorite business is a company that has lasting viability and a strong competitive advantage. It's like a sturdy castle surrounded by a large moat. There are fierce piranhas and crocodiles in the river.â€ A well-known investment motto, but also remember his reminder, "Be sure to wait patiently in the future."

2: Customized, made to customer's drawing or prototype.

1) Standard plywood case for outside packing.
2) Rusty proof oil or liquid applied for each part.
3) Parts are segerated one by one with plastic plate.

3: Within 24 hours response for each email