With the penetration of post-market e-commerce , the profits of auto aftermarket have been swiftly declining. Aftermarket O2O has not only failed to find a way out, it is likely to become the last straw in auto industry after the auto industry. As more and more market industries slide into low-profit pitfalls, most of the investments based on the assumption of high profits in the post-market will face a miserable situation. This situation must wait until the oligarchs emerge. The industry chamber of commerce forms price alliances, and with a certain degree of industry monopoly, it is possible to avoid the overall collapse of the industry. Whether this oligarch comes from the Internet, insurance companies, vehicle groups or parts giants, the integration process will be very tortuous. This is the worst time and the best time. The next 10 years will be the golden 10 years of post-market innovation. The old model will not fly and the new model will not be established. If we want to make a difference in this industry, we must face bleak results. The prospects are now entering the market, living in chaos, and eventually becoming the one to pick the fruit after the market. 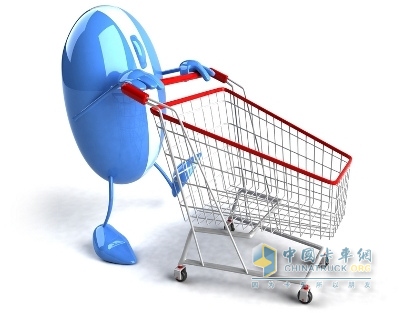 After-market e-commerce has led to a decline in the profit of terminal repair stations, and this trend will intensify. I believe that the owner of most automobile repair shops across the country will find that the number of customers who come to the store with accessories bought online has increased in the past six months. This change in consumption habits will seriously weaken the profitability of the terminal. For this reason, there are more and more maintenance station bosses.

Many parts giants, including Bosch, are promoting offline installation points. This special installation service may bring a few thousand dollars to the maintenance station for one year, but once such projects are successful, it means that the electricity supplier The success of direct sales, repair stations will be difficult to earn the price difference between the accessories, and in China's current consumer environment, the hourly fee can not support workers, which will force more maintenance station owners to take deception insurance "preference."

Even if companies such as Ping An Property & Casualty have a first-class control over their claims risk, the hungry wolves behind the market will have to develop a stronger vehicle networking platform to prevent them. As the largest payer of the post-market, under the background of the overall loss of the auto insurance industry, it can be imagined how they will save themselves in the future, and the self-help of the insurance industry will definitely lead to a further decline in the profits of the automotive aftermarket industry. The way to be able to think of is of course to grab business from a 4S shop whose profit is still low, but is the 4S shop a soft persimmon?

Since last year, several OEMs have begun to explore the establishment of fast repair shops. Several automobile groups including SAIC Haobang State Project are actively deploying and using their own accessories and brand advantages, they must collect independent repair stations. Your own company. Many joint ventures are already exploring the establishment of a single service function repair station or a quick repair community shop. Recently, Shanghai GM Buick's after-sales flagship store is launched on Tmall, and more OEM service providers will be on-line this year. These not bad money OEMs will retain customers through various digital marketing methods. Similar services such as door-to-door maintenance of some OEMs are also piloting trials. As the 4S system has accumulated a wealth of spare parts supply and technical support capabilities over the years, an after-sales service e-commerce platform based on the Internet has been established for the OEMs. Not difficult, but there is no ready-made off-line service system, spare parts supply system, and information system. After independence, the Internet entrepreneurs face greater difficulties - of course, entrepreneurs who can overcome these difficulties will enjoy the return of capital investment. All these have led to 4S is not a soft persimmon that is still waiting for the market. It is not easy for entrepreneurs in the market to pinch it after independence.

The most terrible may not be this, after the car on the net March 28 after the line, June 28 will have new products launched, basically a quarter of a new product's iterative speed will make many external car e-commerce platform anxiety. This is not enough, Dongfeng's big e-commerce platform is also on the verge. While BMW has already established after-sales e-commerce in the world, it is also a matter of time before Chinese e-commerce companies land. Of course, when large auto groups and multinational car brands are already doing their best to become automotive e-commerce companies, there are not many e-commerce opportunities left for the post-independence market. It is not necessary to rely on cheap prices. This we can see the current Tmall Jingdong Electric. On the business platform, even if prices are transparent, cheap goods and services may not be all-you-can-eat. Auto services are limited by geographical and other factors, and prices may not be absolute factors. As long as users do not only look at prices, the 4S system may find opportunities to incite consumers.

If the path to cut profits from the 4S fails and the insurance company is incapable of relinquishing profits, where does the profit space of the entire aftermarket come from? All Internet businesses must sell cheap, but the price of money is hardly profitable. The Internet is good at "wool is in the pigs," but where are the pigs in the market? This question is not easy to answer. In the auto industry is also generally anxious, the automotive aftermarket industry is difficult to give an answer to appease investors. The market with hundreds of millions of dollars is certainly tempting, but the problem is that when every single maintenance business has a meagre profit, we must consider an ecosystem-based profit model like Alibaba. For example, after the e-commercialization of the automotive aftermarket, every link is slightly profitable or even unprofitable, but it can be divided in the payment link, profitable in the cross-industry cooperation, Internet marketing, and so on.

In short, from the perspective of most countries in the world, whether 4S stores or repair stations, are not profiteering industry, when the boss is lucky, you can earn the equivalent of their own income when going out as senior employees, bad luck or even losses. I estimate that most 4S shop owners and maintenance shop owners have already had such a hunch. This is the key to the industry's overall anxiety - making money more and more difficult and less and less.

I think that the future automotive and aftermarket industries will represent stable cash flows. Such a stable cash flow business is a good financial investment. Those "barbarians" who do finance will invest money in this industry, even though the industry itself has a meagre profit. But as long as there is a stable cash flow, this asset can be turned into more audible stories through financial means to cash out. After a layer of cash withdrawal, as long as there is no systematic risk, it can always play the game of drum-drum flowers until one day. The crash, and then everything from scratch. Right now, the post-market is such a good story and good subject matter. The barbarians in the capital market can't wait. The emperors in the post-market market want to understand that this principle will know what to do and what not to do... come or not, The capital logic of the post market is there.

"Gravity Die Casting. A permanent mould casting process, where the molten metal is poured from a vessle of ladle into the mould, and cavity fills with no force other than gravity, in a similar manner to the production of sand castings, although filling cn be controlled by tilting the die."

The process differs from HPDC in that Gravity- rather than high pressure- is used to fill the mould with the liquid alloy.

There are three key stages in the process.